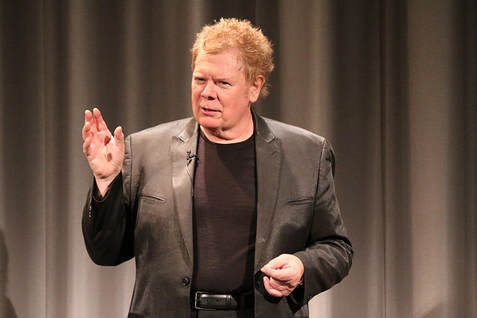 The Nick Lewin Magic Lecture
British born Nick Lewin is an award-winning magician with a great deal of fascinating information that he shares in his lectures and seminars.  With over 40 years of experience as a full time pro, over 50 television appearances and a five-year run with his one-man show in Las Vegas there is a huge amount of ‘Real World’ knowledge and routines packed into his teaching presentations. In addition to stories, advice and tips are a series of strong and audience tested routines from Nick’s own repertoire and product line that can be successfully added into every kind of magic show. Learn how to really structure a strong show and add the kind of texture and linkage to take your show to another level. ​
"Nick is brilliant as performer and lecturer. I learned from him some serious information. Run, don't walk, to see him."
​ -Jeff Hobson-
"Nick was at the top of his game and totally destroyed I was so impressed to be in the audience… It is a pleasure to know him as a friend and as a comedy magic Icon!”
​-Jeff McBride-
Nick was an absolute smash hit at the MAES Convention. His lecture is filled with fantastic magic from his working repertoire that you can put right into your act. This was one of my personal favorite lectures!
-Marc DeSouza-
Nick Lewin was a HUGE HIT with his very informative lecture at AbraCORNdabra, the Midwest's premier magic convention. I have received several emails from attendees telling me they are currently using the very clever material Nick shared with them in his lecture!
-Steve Daly-
Nick not only did a lecture for the convention, but he also was the emcee for the evening show. The gala show was probably one of the best I have ever produced and that was mainly because Nick was the highlight for many who attended the performance. Nick Lewin is NOT good talent. Nick Lewin is GREAT talent!"
-Mike Norden-
“Book Nick Lewin for your club. You will witness a true professional, a master of comedy and magic and you'll learn a great deal of performance details that you can put to work immediately. “
-Phil Ackerly-​
“A lecture not to be missed! Believe me having seen this man in his long running Vegas show at the Maxim he. knows what he’s talking about. He performed for years to Real Audiences. He’s a working pro who knows his stuff!”                                                                                                                     -David McGee-
​
​"Nick was one of our highlights of the Atlanta Harvest Of Magic. He was professional and kept his time perfectly. Everyone left his lecture with plenty of useful routines that they could use in their own show. Most important, he was a delight to work with"
-Ken Scott-​
Contact Nick for more details about his lectures and master classes.  nicklewin1@mac.com